What Is a Wet Room? The Pros, Cons, and Costs 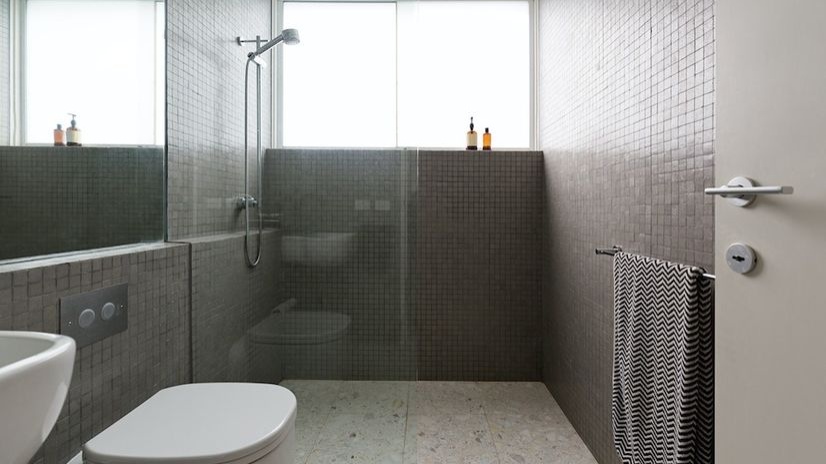 You might think all bathrooms are wet rooms—especially when your kids play “stormy seas” in the tub. But an official wet room is actually a specific bathroom design that’s currently riding a wave of popularity.

But is the return on investment worth the expense and headache that this renovation entails? For help, we’ve got the skinny on everything related to wet rooms, including the pros, cons, and costs you’ll incur.

What is a wet room?

A wet room is a completely waterproofed enclosure that encompasses the shower and often the tub. This space has been “tanked”—which means the floors, walls, and even the ceiling are sealed to keep moisture out. Plus it usually features a curbless shower entry that’s level with the whole floor.

Wet rooms also have a gradual slope in the floor that leads to a drain, and they’ll typically sport a glass door, glass partition, or a half or pony wall to delineate the shower space and contain any errant splashing from the shower’s spray.

Benefits of a wet room

Wet rooms telegraph luxury. In fact, when Mundia considers a potential listing with a wet room, he sees this as a plus.

“I love to see wet rooms,” says Mundia. “They really class up a home.”

Wet rooms are also a smart upgrade for older people who want to age in place. The reason? Without a curb or steps into the shower, a homeowner with a walker or wheelchair can wash with ease.

Yet wet rooms do come with some challenges. For one, even the most careful person is bound to point the shower spray in the wrong direction, making a wet room wet where you don’t want it to be.

“In theory, a wet room can fit into any space, but the truth is nobody wants their toilet, sink, or bathroom door all wet from a wily showerhead,” says Tony Mariotti, a real estate agent at RubyHome in Los Angeles.

And if there’s no built-in barrier or the wet room is squished into a too-tight space, it just isn’t practical.

“When this room is done right, it shouldn’t get the entire space wet when you use the shower,” Mariotti adds.

A supersized shower amenity may also use more water and require more power to heat that H2O than a slender stall. And just being in this fab space may tempt homeowners to linger much longer, which means lots of water down the drain and higher bills, too.

According to Fixr, you can expect to pay 20% to 30% more for a wet room than a typical bathroom, which translates to about $15,000 extra on top of the usual bathroom renovation bill.

“You’ll pay for additional tile, all the waterproofing, and drainage,” says Turner. And high-end finishes are often a go-to here, further boosting the cost.

And while wet rooms are generally viewed as space savers, “the amount of square footage needed for this amenity is greater than if you combined the toilet and bathroom functions and had a shower-tub configuration.”

As for the return on investment, or ROI, Mundia thinks that upgrading a bathroom almost always affords a good ROI for homeowners.

Still, it has to work with your home’s design, and because wet rooms are a trend right now, it’s hard to say whether they’ll pay off more than a regular bath.