US needs 4M homes to meet demand from buyers 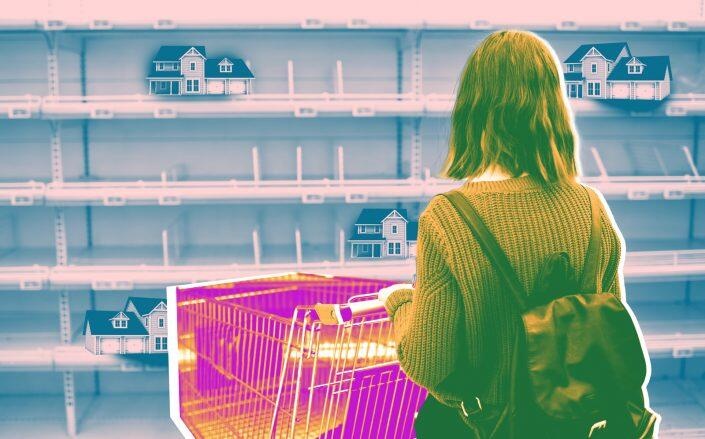 The U.S. is facing an unprecedented housing shortage — one that’s creating problems for millennials. The housing market needs 3.8 million single-family homes to meet current demand, according to an analysis by Freddie Mac, first reported by the Wall Street Journal. That’s 52 percent higher than 2018 when the mortgage company first began looking at housing shortages.

While the shortage was exacerbated by pandemic-related moratoriums and investors turning starter homes into single-family rentals, the main problem stems from a lack of housing production over the past decade, according to the report. “This is what you get when you underbuild for 10 years,” said Sam Khater, Freddie Mac’s chief economists.

It’s never been more expensive to buy a home in the US
National home sales jump 20% in June
There’s a scramble to refinance and buy new homes
While demand for homes usually decreases during a recession, giving builders more time to build, the pandemic had the opposite effect. Some people fled the city, opting for more space where they could work remotely. The pandemic also led to supply chain delays that slowed down the construction of new homes.

Now, home builders would need to construct as many as 1.2 million single-family homes per year to meet long-term demand, a National Association of Homebuilders chief economist told the publication. The shortage is bad news for millennials: Homeownership rates are rising among those in that generation, generally viewed as those between the ages of 24 and 40, Business Insider reported. The millennial homeownership rate grew to 47.9 percent from 40 percent three years ago, according to Apartment List’s Homeownership report.

Experts told Insider that the existing housing inventory could run out by May. Owners are holding on to their homes, worried they won’t be able to find an affordable replacement, the publication reported.