The myth of the urban boomer 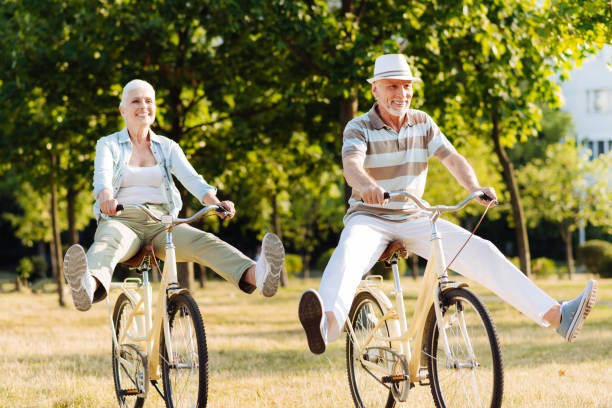 Baby boomers are such a large group that you can find them practically everywhere in great numbers, including in urban areas. Today in cities, for example, you’re more likely to run into a 54-to-72-year-old with your bike or scooter (please be careful!) than you would have in the past.

Maybe that’s the reason many news media accounts have promoted the idea that boomers are returning to cities at a rapid rate.

It seems to make sense. Many downtown's are safer and livelier than they were 30 years ago. At a certain point, downsizing and moving back to the city has appeal — it’s closer to work and all those interesting things to do, and the children might have finally left the nest.

There’s one problem. The story line is wrong: Boomers today are actually less urban than previous generations of older people.

The decline in urban living has been even more pronounced for older people than for younger ones. Boomers were 11% less likely to live in urban neighborhoods in 2018 than the same age group was in 2000 — compared with declines of 2% for Gen Xers and 4% for millennials.

Moreover, while there has been a notable increase in urban living among higher-income young adults, rich older people are less likely to live in urban neighborhoods in 2018 than their counterparts in 2000, even with a very slight increase since 2012.

Why do we keep encountering articles about the urban oldster: in Chicago; in Hartford, Connecticut; in Atlanta? Several understandable reasons.

First, people in this age group are increasingly living in ways usually associated with cities. In 2018, people ages 54-72 were (1) more likely to rent and (2) more likely to live in multi unit buildings than adults of similar ages in the past. Older adults of today are less likely to own suburban single-family homes than was the case 10 or 20 years ago. However, the big increase in renting and apartment living for this age group has not been in urban neighborhoods. Instead, it has been in suburban rentals, both for apartments and for single-family homes. (Boomers grew up during the postwar mass production of suburban housing.)

But that “certain age” has been rising. In 1990, living in urban neighborhoods was lowest for those 45-49, and higher for older age groups. The low point for urban living rose to age 55-59 in 2000 and to 70-74 in both 2010 and 2018. Many boomers are still at least a decade away from that turnaround point when urban living starts to increase.

Third, the demographic bulge of boomer-driven aging means that 19.9% of urban residents in 2018 were 54-72, a steady increase from 17.3% in 2010 and 13.7% in 2000. Of course, the population of people that age is growing even faster outside of urban neighborhoods — which is just another way of saying that boomers are less urban than older adults used to be.

For developers and public officials in cities, the rising number of older city dwellers is real, and it matters. There is growing demand for the housing features and public services that many older adults prefer. More of the urban housing stock will need to be homes that work for seniors. But that’s not because boomers love cities or are more drawn to urban living than previous generations — just the opposite. It’s simply that there are more of them, almost everywhere.