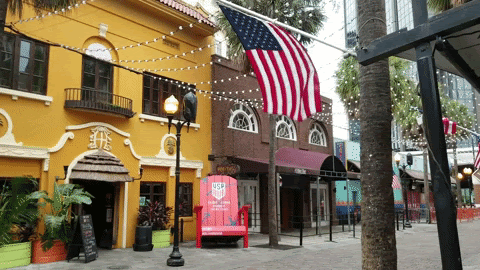 Before Orlando was The City Beautiful, it had another nickname. What was it?

A. The Orange Peel City
B. City of Sink Holes
C. The Phenomenal City
D. The Heart of Florida

SMILE, YOU'RE ON CANDID CAMERA
Orlando is putting $800K toward more police and cameras downtown

Recent late-night violence downtown has to lead the city to take steps to increase night-time safety in the central business district and downtown entertainment area. So far, they've put an end to parklet and outdoor seating on sidewalks and allocated $800K for more police and cameras.

What's next? More changes could come after the next city council meeting including a temporary prohibition on outdoor speakers playing music directed toward city sidewalks and streets.