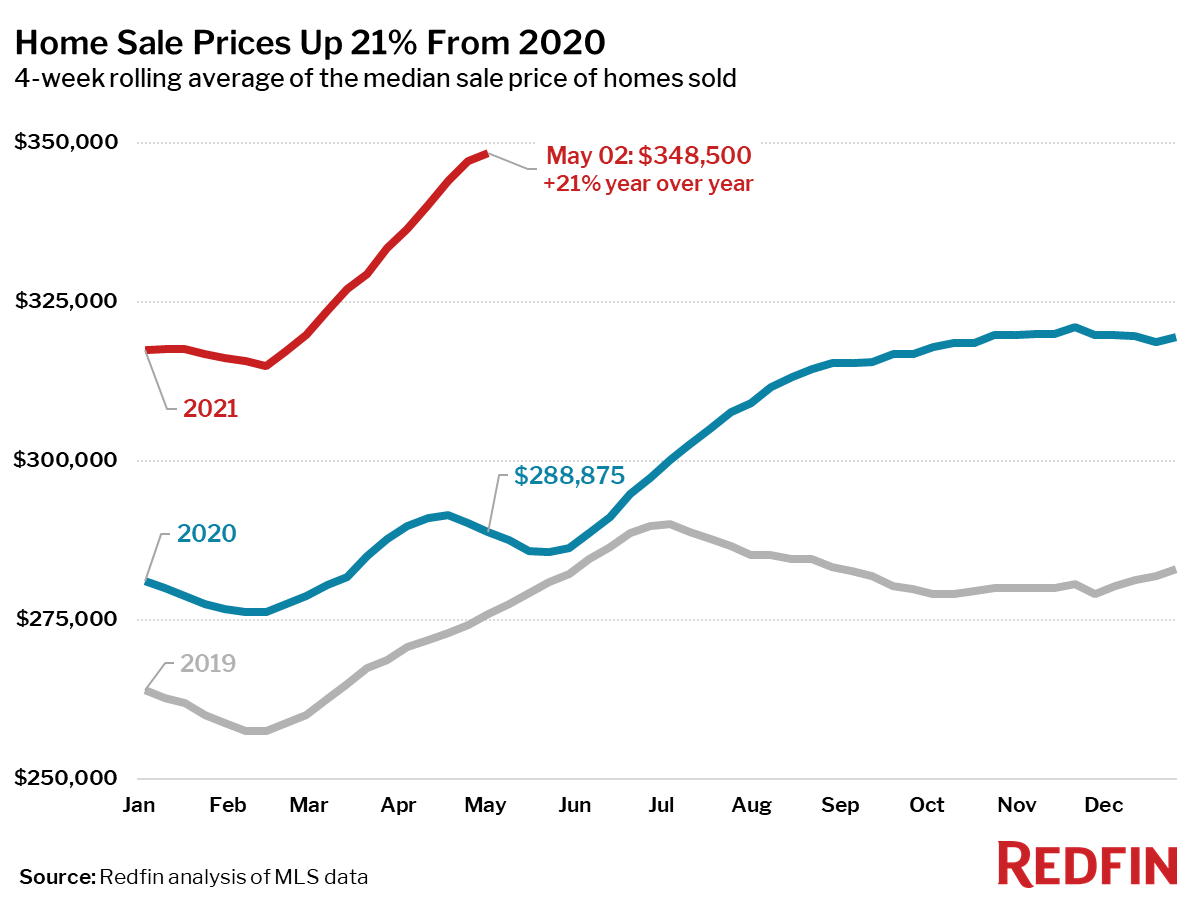 Home prices rose 21% as the typical home sold for 1.4% above list price after 19 days on market.
Key housing market takeaways for 400+ U.S. metro areas:
Unless otherwise noted, this data covers the four-week period ending May 2.

Metrics to compare to 2020:
All of the following housing measures hit a record level since at least the beginning of Redfin’s data in 2012.

“Right now we are seeing a substantial increase in home prices, which could be a precursor to more widespread inflation throughout the economy,” said Redfin Chief Economist Daryl Fairweather. “Lumber prices are surging, which has driven up prices of new homes and indirectly drives up prices of existing homes. As states lift their pandemic restrictions, we will likely see more shortages and price increases on everything from gasoline to hotel stays and food. These price increases will likely be short-lived but could cut into homebuyers’ budgets and ease competition enough for the housing market to become more balanced. A more balanced market could encourage more move-up homeowners to finally sell because they won’t be so fearful about being able to find and compete for a home to buy.”

Refer to our metrics definition page for explanations of all the metrics used in this report.