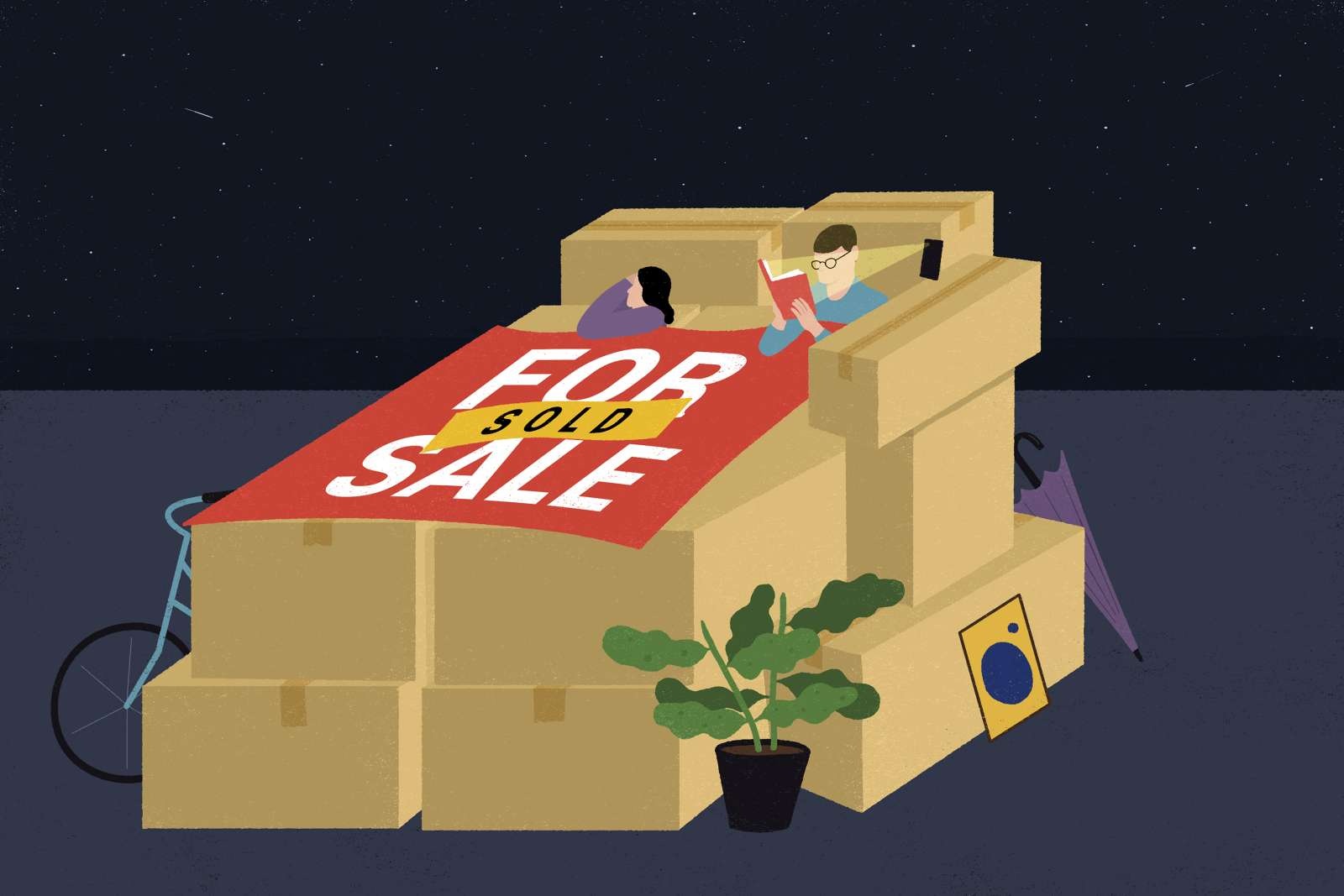 When Kari and Thor Torstenson’s Charlotte, N.C. home sold in less than 24 hours, they had mixed emotions.

Of course, they were thrilled that the fixer-upper they’d poured four years of work into sold quickly — not to mention for $45,000 above asking price. What wasn’t so great, though? They hadn’t found a replacement home yet.

“It’s definitely an uneasy feeling — especially given that we have two children under the age of three,” Kari says.

Though the couple has made offers on several homes (including one not even on the market yet), they’ve yet to snag a new property since their home went under contract in March. As Kari puts it, “The market is very competitive.”

It’s true — and not just in Charlotte. Over in Rochester, N.Y., Lindsay Cray sold her home in a mere six days. Like the Torstensons, she hasn’t been able to find her next house either.

“Selling your home can be lucrative right now, but this market makes you feel as if it’s impossible to find another one,” Cray says.

Such stories are hardly unique in today’s competitive real estate landscape. With housing inventory at record lows and buyer demand strong, the few properties available are selling at warp speed — and often for well above asking price.

In the market for a new home? Find out how much you can afford today.
A Mortgage Expert can clear up your doubts and give you the necessary information to take this big step. Click on your state and make it happen.
HawaiiAlaskaFloridaSouth CarolinaGeorgiaAlabamaNorth CarolinaTennesseeRIRhode IslandCTConnecticutMAMassachusettsMaineNHNew HampshireVTVermontNew YorkNJNew JerseyDEDelawareMDMarylandWest VirginiaOhioMichiganArizonaNevadaUtahColoradoNew MexicoSouth DakotaIowaIndianaIllinoisMinnesotaWisconsinMissouriLouisianaVirginiaDCWashington DCIdahoCaliforniaNorth DakotaWashingtonOregonMontanaWyomingNebraskaKansasOklahomaPennsylvaniaKentuckyMississippiArkansasTexas
Get Started
Competition for houses is stiff
According to real estate brokerage Redfin, right now nearly 60% of homes are going under contract within just two weeks, and 46% are sold in seven days or less. On top of that? Nearly half sell for more than asking price, the highest share on record.

While the latter is certainly good news for sellers on the front-end, it also leaves many in a lurch — elated with the fast, profitable sale of their home but unable to find a new home quick enough (or in their price range) to replace it.

“One of the toughest aspects of selling a home in a hot market is what’s next after the home sells,” says Matt Van Winkle, owner of RE/MAX Northwest in Seattle. “Timing a purchase and sale is incredibly difficult in most markets but especially when most sellers won’t accept an offer contingent on the sale of the buyer’s home.”

Contingencies are clauses in a sale contract that allow the buyer to back out in certain scenarios. A sale contingency, for example, would let a buyer exit the deal if they were unable to sell their own home. Since this comes with added risk to the seller, most are unwilling to accept these offers in today’s red-hot market.

“With the hot market we are in right now, contingent offers are not being considered in 99% of cases,” says Gordy Marks, also with RE/MAX NW in Seattle.

Ask for a leaseback
“When selling a property, there are two distinct stressors: selling too fast or selling too slow,” says Christopher Totaro, a real estate agent with Warburg Realty.

For those in the sell-too-fast camp, agents say the best solution is what’s called a rentback or leaseback agreement. This allows the seller to lease the home from the buyer after the sale is finalized — usually for a few days to a few months. It gives the seller more time to find a property and allows them to use the proceeds from the home sale when they do.

“Every seller needs to have several contingency plans when selling their home,” Van Winkle says. “One of the best strategies we use right now is a post-closing seller rentback.”

Of course, not every buyer will be amenable to a leaseback, but given today’s hot market, agents say most are at least open to considering one.

“I’m finding that buyers are willing to wait until the seller finds a home,” says Scott Barrows, a Keller Williams agent who negotiated a three-month leaseback for Cray earlier this month. “Listings are so low that buyers will wait.”

Typically, sellers would pay a daily, weekly or monthly rate to lease the home back from the buyer. But in the current market, many buyers are willing to forgo those fees just to win a bidding war.

“I’d say a third of the current contracts being written have a rentback of some length — usually free to the seller,” Marks says. “If the buyer doesn’t want to give the seller a rentback, they just won’t get their offer accepted.”