How Much Do Sellers Expect Their Homes To Fetch? 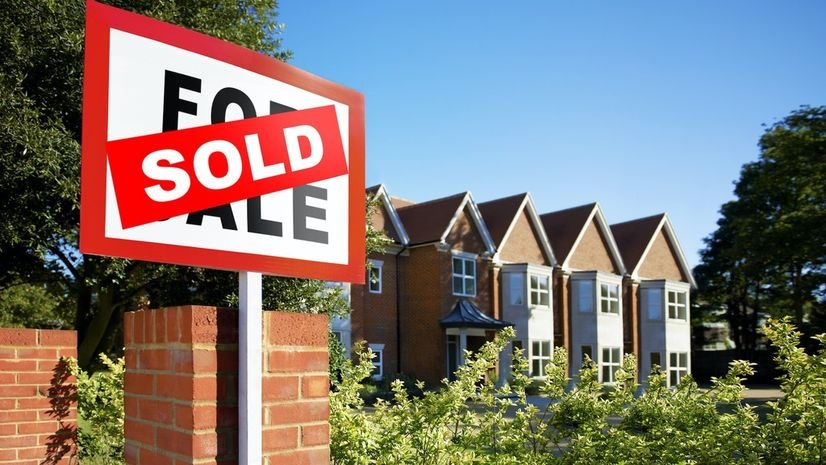 It’s a great time to be a home seller in this white-hot housing market. Bidding wars and offers over asking are becoming the norm in many parts of the country. Move-in-ready homes can sell in hours. And buyers are so desperate to secure a property of their own that they are waiving all kinds of standard contingencies.

This means that home sellers are expecting to cash in big time. Nearly all homeowners seriously thinking about putting their properties up for sale expect to sell their homes for a profit, according to a recent realtor.com® survey. More than 650 potential home sellers participated in the survey between March 26 and April 7.

“The big takeaway is that sellers are fully aware of the competitive housing market,” says George Ratiu, realtor.com’s senior economist. “The majority of the homeowners expect to get more than they paid for their homes. And many of these sellers did not buy their homes long ago.”

In addition, almost a third of sellers, 29%, plan to list their home for more than they think it’s worth, according to the survey. More than half, 53%, expect at least to get their asking price. About a quarter, 24%, predict they’ll fetch more than the list price, while 16% are anticipating an all-out bidding war.

The severe shortage of homes for sale, coupled with record-low mortgage interest rates, which reduce monthly housing payments, have led to record home prices. The pandemic forced folks to confront any dissatisfaction they might have with their home, at a time when they were spending a record amount of time in it. This contributed to the demand for housing, which boosted prices.

Nationally, the median home list price hit a new high of $375,000 in April, according to realtor.com. That’s a 17% increase from the same month a year earlier. Homes are also selling about 41% faster than last year, lasting on the market an average of just 43 days.

With these stats, about a quarter of sellers expect to have an offer within a week of putting their home up for sale. About 16% anticipate receiving an all-cash offer.

“For buyers, prices will remain extremely high over the next few months,” says Ratiu, “although I expect the growth to slow down by August, as more sellers enter the market. A large number of sellers are expected to sell their homes this year. The increase in inventory will lead to a moderation in the price growth.”

The market is so tight that about a quarter of sellers don’t expect to be saddled with paying for repairs or improvements to their homes. Roughly 16% predict buyers will waive contingencies, such as financing, appraisals, and home inspections, to win the bidding wars.

Homeowners are putting their abodes up for sale for a variety of reasons. The top reason is that their homes no longer fit their needs. For example, a home may be too small if they’re expecting a new child, if their parents are moving in with them, or if they need additional space for a home office or other features to facilitate remote work.

Others want to score a high price while the market is still hot.

The problem is that many sellers are also buyers. Once they sell their properties, they have to compete for somewhere else to live. That’s tough in this turbo-charged market, where there isn’t even much new construction for move-up buyers.

“The main challenge many may have is finding a suitable replacement home, given the still very tight number of homes for sale,” says Ratiu.

Will the Housing Market Frenzy Die Down? That Depends on Sellers

Home Prices Have Hit a New High—Is the Housing Market About To Crash?

What To Expect in 2021’s Housing Market: This Is How Much Home Prices Will Rise?

Realtor.com®’s 2021 housing forecast predicts record-high prices will continue rising in 2021, delivering a blow to first-time buyers and those on a budget. Mortgage interest rates, which hit historic lows this year and helped fuel the go-go growth in U.S. housing markets, are also expected to tick up again, making monthly housing payments ever more expensive. So folks shouldn’t hold their breath for a bargain.

However, the pace of the wild price growth seen in 2020 will slow. Prices are expected to jump 5.7% next year as a result of more properties forecast to hit the market, particularly in the second half of next year. While still unwelcome news for buyers, the double-digit price hikes are seen this year aren’t expected to carry over into the new year.

“We expect affordability to become a bigger challenge. It’s going to make [housing] more expensive,” says realtor.com Chief Economist Danielle Hale. “[But] home prices will rise slower than this year, on the upper end of what we consider normal price growth.”

The forecast anticipates mortgage rates will begin slowly going up toward the last half of 2021, reaching 3.4% by the end of the year. Mortgage rates are currently at an all-time low of just 2.72% for 30-year fixed-rate loans in the week ending Nov. 25, according to Freddie Mac. While a roughly 70 basis point rise isn’t dramatic, it will make those monthly mortgage payments even pricier. This has the potential to price out some buyers or force others to purchase cheaper abodes in less desirable locations.

However, even higher prices, and therefore higher required down payments, aren’t likely to keep the hordes of determined buyers at bay.

Sales of existing homes (i.e., previously lived in abodes) are projected to increase 7% in 2021. That’s coming as folks stuck inside their homes for months on end are seeking larger residences or ones with different features. Younger millennials are competing with older members of Generation Z for starter homes, and baby boomers are downsizing. Many apartment dwellers are also seeking homes on their own. Ironically, it’s those high prices that are keeping prices from rising even further.

“Home prices can’t outpace income growth indefinitely. The higher prices rise, the harder it is for more buyers to get into the market. That tends to dampen demand,” says Hale. That means that with less competition, prices don’t have as much room to rise.

The bright spot for buyers is that more homes are likely to become available in the last six months of 2021. That should give folks more options to choose from and take away some of their urgency. With a larger selection, buyers may not be forced to make a decision in mere hours and will have more time to make up their minds.

The inventory bump is expected to be due to a combination of more sellers listing their properties as well as builders completing more abodes. Realtor.com predicts single-family housing starts, which are homes that have begun construction but aren’t yet completed, will rise 9%. And it’s sorely needed as there was an estimated shortfall of almost 4 million new homes heading into this year.

The new construction, while often more expensive than existing homes, are likely to appeal to move-up buyers looking for larger abodes with the latest amenities. Once those folks purchase these brand-new abodes, they typically list their existing homes, adding more inventory to the market.

“A lot of that new construction is not necessarily targeted at first-time buyers,” says Hale. “But we have seen builders shift what they’re building to better reach first-time home buyers.”

While 2021 is expected to be another banner year for sellers, most are also buyers. And while they can use their home equity to help finance their new abode, they’re still likely to be affected by the inventory shortage and loftier home prices and mortgage rates.

“Sellers are still expected to get top dollar for their home sales,” says Hale. “The biggest challenge is finding their new home.”

However, if 2020 has taught us anything, it’s that everything can change in an instant. If the nation undergoes additional lockdowns due to COVID-19, then fewer homes may go up for sale and the market could slow. If everything goes well with the vaccines being rolled out early, then the housing market could benefit with additional inventory and sales.

Another wildcard is the possibility of sustained economic pain. The country could still fall into a double-dip recession if unemployment remains high and businesses continue to suffer. Most folks need jobs to afford home purchases. If the economy doesn’t improve, it could put a dent in the market.

“The value of housing is tied to the economy,” says Hale. “As long as the economy continues to rebound, I expect the housing market will do well.”