A luxury apartment rises in a poor neighborhood? 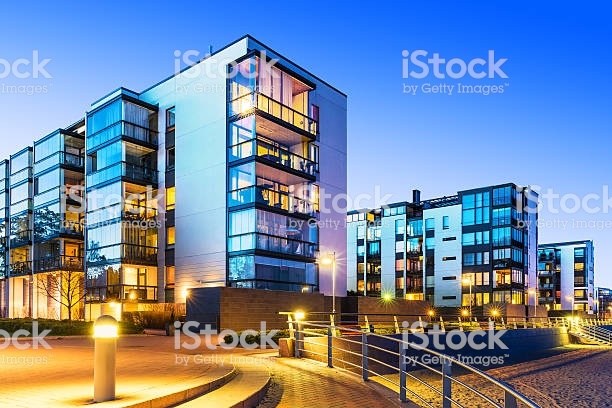 New apartment buildings often look to activists like precisely the problem. Let developers build more housing, particularly in poorer neighborhoods, and tenant groups and neighbors fear the market will heat up and their rents will rise.

Economists, on the other hand, tend to see new buildings as the solution. The only way to ease a housing shortage that’s pushing up rents, they say, is to build more housing. Construct enough of it — even if it’s high-end housing — and rents in general will fall.

The tension between these views sits at the center of battles over individual buildings and broader fights over how to alleviate the housing crisis. And until recently, there has been almost no data at the neighborhood scale to resolve it. It’s even plausible that both stories could be true at the same time — that new housing might help lower rents across a metro area even as it signals the popularity of a particular neighborhood and nudges up rents nearby.

Several new studies finally offer some evidence that is encouraging, if incomplete. Researchers at NYU, the Upjohn Institute and the University of Minnesota have all looked at what happens immediately surrounding new large-scale apartments that are market-rate (no rent restrictions). Many studies already show that regions that build more are more affordable (and regions that restrict new housing are less so). These latest studies ask if that pattern holds when we zoom in to individual blocks.

Taken together, their findings suggest that new housing can ease rising rents in other buildings close by. But their verdict is mixed on whether lower-income renters directly benefit from new supply, too.

The kinds of buildings these studies describe — market-rate developments of 50 units or more — now account for a majority of new apartment construction. And new apartments today overwhelmingly target higher-income renters. The median rent for a new unit is now $1,620 a month, 78% higher than the median rent nationwide, according to the Harvard Joint Center for Housing Studies (the gulf between those figures has been widening).

These buildings also tend to be the most visible in neighborhood housing fights.

“Renters don’t like new high-rises because they see new high-rises and rents going up at the same time,” said Xiaodi Li, a doctoral fellow at the NYU Furman Center who has studied the effect of new housing in New York City.

Neighbors may assume that the high-rises cause the high rents. That’s plausible if new buildings attract much wealthier residents, who in turn attract higher-end amenities that make a neighborhood more desirable.

She finds in New York that new buildings do attract more restaurants and cafes nearby. But she concludes that any effect those amenities have pushing up local rents is swamped by the power of new supply to push rents down. On net, she finds, for every 10% increase in housing supply, rents for properties within 500 feet drop by 1%, relative to other high-demand areas.

Those benefits appear to be going to tenants in high-end and midrange buildings nearby. Presumably, their landlords see new competition and adjust their own rents accordingly. But Li finds that new housing has no effect on rents more than 500 feet away, and it doesn’t appear to affect rents for lower-end units nearby (those landlords probably don’t see new luxury towers as direct competition).

In a separate study, Brian Asquith and Evan Mast at the Upjohn Institute and Davin Reed at the Philadelphia Fed find a similar set of results across 11 major cities, including Atlanta, Austin, Chicago and Denver. They look at new buildings of at least 50 units constructed in lower-income, central-city neighborhoods. They estimate that these new buildings decrease rents by 5% to 7% for their immediate neighbors, relative to what we’d expect rents to be if the new buildings were never built.

Neither study means that rents actually fall. Rather, they suggest that new buildings slow the pace of rent increases in the kinds of neighborhoods that developers have already identified as hot. By the time those developers arrive — particularly with plans for large-scale projects — rents are most likely already rising rapidly.

“Wealthy people are already looking to move into the neighborhood,” Mast said of how he would explain his findings to a heated public meeting over such a proposal. “So we can build this building that will give them the sort of unit that they want to live in. Or if we don’t, they’ll take a unit nearby and renovate it.”

That logic may be little comfort to longtime residents, particularly those concerned about neighborhood changes that go beyond rent prices. But it addresses at least one argument against new housing.

One caution comes from research by Anthony Damiano and Chris Frenier, doctoral candidates at the University of Minnesota who looked at new large-scale buildings built across Minneapolis. Like Mast and Li, they find that new supply helped ease rent pressure for higher-end units nearby. But at the bottom third of the market, they concluded that new buildings had the opposite effect, accelerating rents.

It’s possible in some contexts that new market-rate apartments could cause one set of nearby landlords to curb their rents even as it causes another set to reassess how cheap their rents have been. It’s even possible that lower-income renters may feel a bite from new construction at first, even if they may benefit from it over the long run (as new buildings age and become more affordable, or as higher-income renters move up and out of housing that could be affordable to poorer tenants).

Collectively, there is evidence in these papers that supply and demand work as economists expect, even at the neighborhood scale. But there’s also evidence that some fears of poorer tenants are founded.

“These are folks that have gone through how many cycles of urban renewal, freeway construction, public housing disinvestment, failures by the broader planning and government establishment over generations,” Damiano said. “I think the fear of just saying ‘build baby build’ is a very valid fear. It’s up to planners and policymakers to engage those concerns in good faith.”