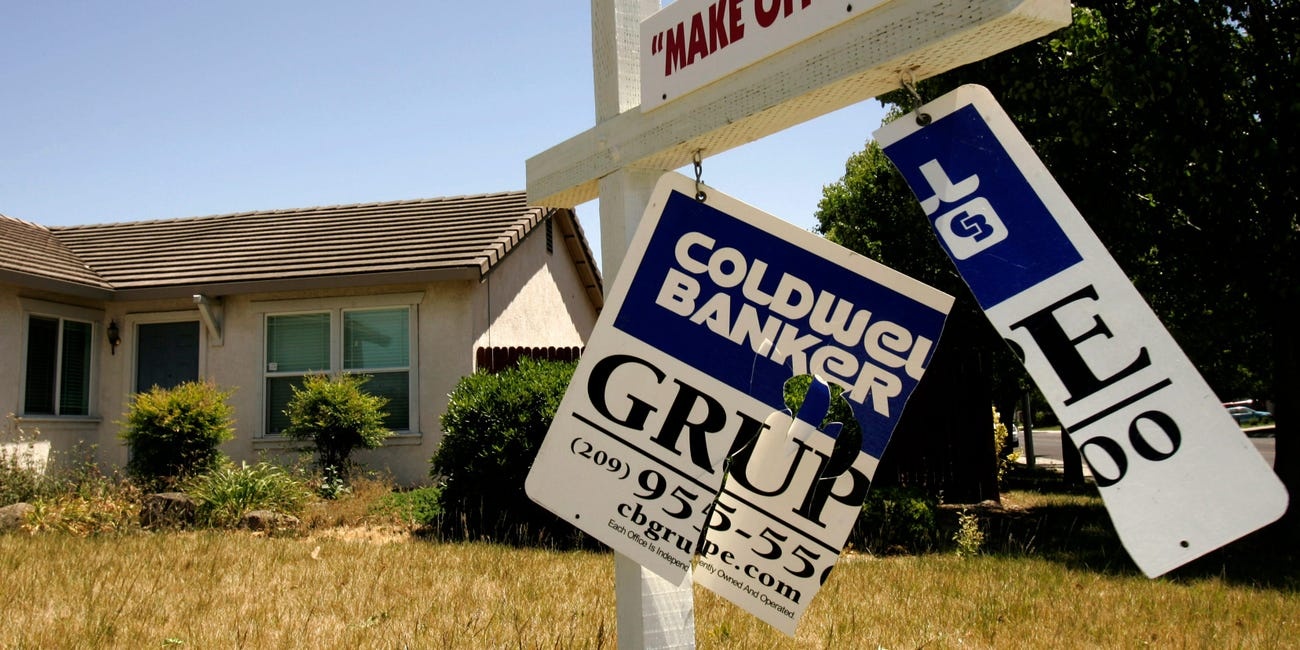 Several gauges of housing market activity mirror trends seen just before the bubble burst in 2008.
Experts see the current boom as far safer than the prior rally, citing stronger lending requirements.
Still, here are trends ranging from home prices to construction activity that resemble 2005 and 2006.

Housing-market monitors keep repeating the phrase "since 2005," except when it's "since 2006." That's worrying — both superlatives refer back to the peak of a historic real-estate bubble. Low mortgage rates and massive demand have powered a supercharged rally for US housing over the last year. Americans snapped up nearly all the available supply of new and previously owned homes amid huge population shifts from cities to suburbs. Chronic underbuilding after the financial crisis left contractors struggling to meet the new demand with adequate supply. That imbalance has since pushed selling prices sky-high.

The boom's frenetic nature has led many to compare the current market with that seen just before the infamous 2008 crash. Experts have been quick to note that, while some similarities exist, the latest price surge has more to do with a lack of inventory than dubious lending standards."I don't see the kind of financial stability concerns that really do reside around the housing sector," Federal Reserve Chair Jerome Powell said last month. "We don't see bad loans and unsustainable prices and that kind of thing." But just because the market looks different on a macro level doesn't mean there aren't strong similarities to the period just before the bubble burst. Here are five housing-market signals flashing the same signs seen about 15 years ago.

(1) CoreLogic Home Price Index
Possibly the most basic indicator of just how much demand has outstripped supply is nationwide price indexes.

The headline price gauge for housing-data authority CoreLogic soared 11.3% year-over-year in March, according to a Tuesday report. That marks an acceleration from the February rate of 10.4% and the fastest rate of price growth since March 2006. On a month-over-month basis, prices rose 2% from their February levels.

The financial analytics firm sees that momentum cooling over the next year. A persistent wearing-away of home affordability will likely curtail some purchases, and accelerated construction will shore up supply in the months ahead, CoreLogic said. Still, year-over-year price growth should reach 3.5% as lingering demand keeps the rally alive, Frank Martell, the president and CEO of CoreLogic, said in a statement. "With prospective buyers continuing to be motivated by historically low mortgage rates, we anticipate sustained demand in the summer and early fall," he said.

(2) S&P CoreLogic Case-Shiller Index
Separately, a more city-focused measure of home-price inflation notched a similar reading last week. Home prices in metropolitan areas gained 12% year-over-year in February, according to the S&P CoreLogic Case-Shiller Home Price Index, the headline index of US home prices for more than three decades. The reading signals the strongest price growth since 2006 and edged slightly higher from the prior annual gain of 11.2%. Inflation was broad-based. All 20 cities saw home prices climb, and 19 cities saw year-over-year price growth accelerate from January to February. Prices rose the most in Phoenix, San Diego, and Seattle, according to S&P.

(3) Selling prices for new vs. previously owned homes
Digging deeper into home sales reveals an unusual phenomenon unseen since the previous boom. For the first time since 2005, Americans spent more on previously owned single-family homes than on new construction, according to March housing data from the Census Bureau and the National Association of Realtors. The dynamic signals Americans are prioritizing buying any available home instead of hunting down a new unit. To be sure, monthly sales data is volatile and the premium for new homes could reemerge in April data. But with supply still under pressure and CoreLogic's Tuesday report showing prices broadly climbing higher last month, the phenomenon might linger for some time.

(4) Home starts
As gauges of market demand soar to 15-year highs, so have measures of upcoming supply. Housing starts surged nearly 20% in March as contractors rushed to address the lack of new homes for sale. The leap places the annual rate of starts at its highest since 2006 and serves as the largest month-over-month gain since 1990. Permits for new residential construction also increased, albeit at a slower rate. The rebound was somewhat prompted by winter storms curbing construction activity in February. But for the most part, a historic shortage of available homes fueled the pickup in the building. Just 1.07 million existing homes were up for sale in March. That sum, at the current purchase rate, would be snapped up in only two months. Homebuying has slowed from its pandemic-era peak, giving contractors slightly more time to meet the elevated demand. With millennials hitting peak homebuying age and lumber prices expected to decline, some economists see the rebound in construction paving the way for more moderate price growth.

(5) Home equity take-out
The sustained acceleration of home price growth has also lead owners to take out equity at the same rate seen in the mid-2000s. Homeowners refinancing their mortgages pulled roughly $50 billion in equity out of their homes throughout the fourth quarter of 2020, according to data from Freddie Mac and the Urban Institute. Mortgage rates, while still at historically low levels, reversed their pandemic-era decline through the first quarter as investors braced for the economic recovrey to give way to higher borrowing costs. Those higher rates erased the rate-reduction incentive for refinancing, making equity take-out the top reason to refinance, the Urban Institute said in a report published April 27. Although equity take-out on its own is normal, the sharp uptick seen last year could be cause for concern. Some economists have criticized the Fed's ultra-accommodative policy for encouraging risk-taking across various markets. Increased equity take-out presents new financial risks for participating homeowners since a decline in home prices from their skyhigh levels could cut deeply into their balance sheets.

And while equity take-out sits at its 2005 level, it is still well below the 2006 peak. Yet with mortgage rates expected to climb over the next few years, take-out refinancing could accelerate further.