3 reasons why the housing shortage will last 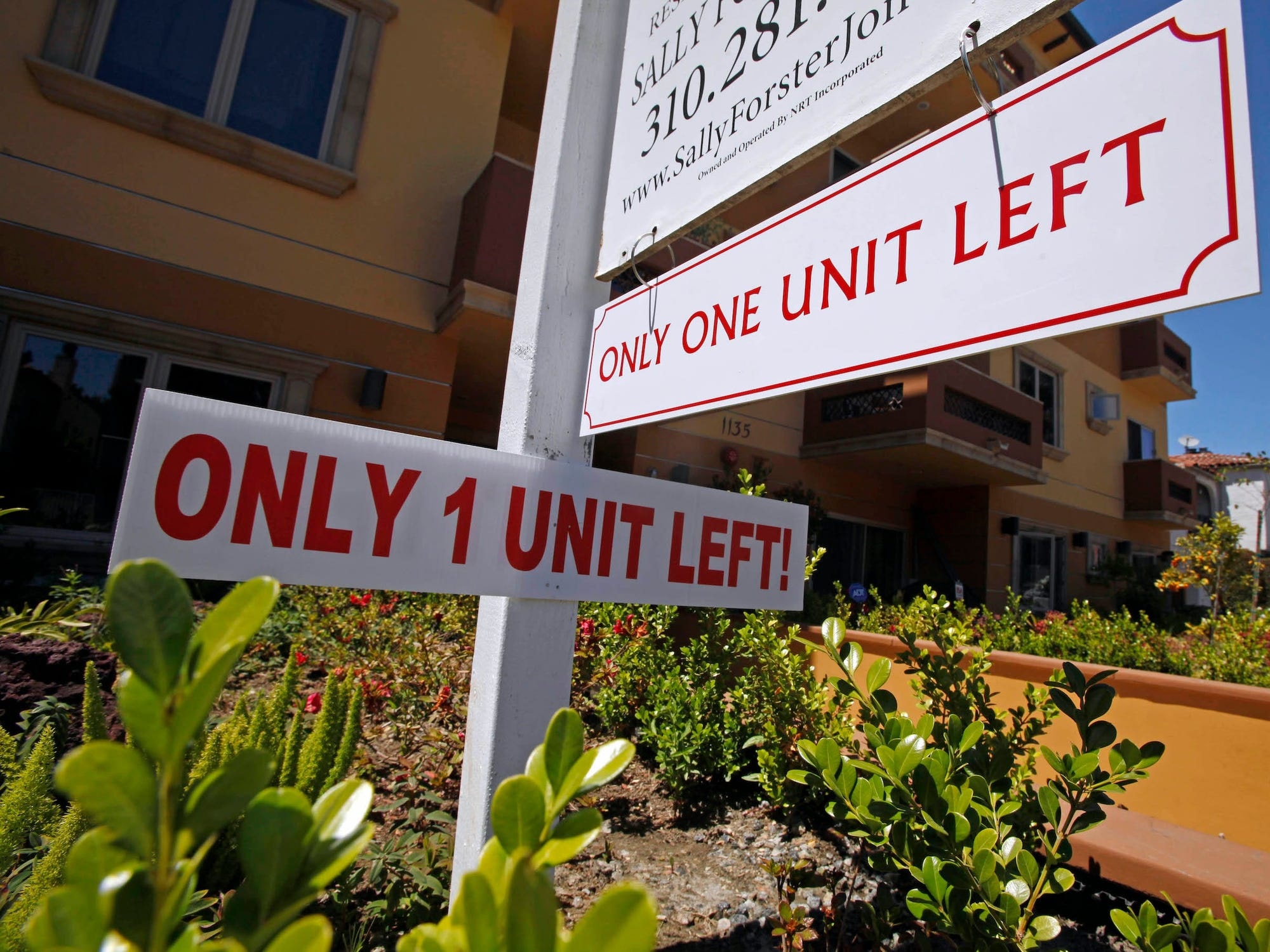 The housing supply is currently at its lowest level since the 1970s.

Goldman Sachs said the shortage could last for years due to millennial homebuying and fewer starts.

There also won't be enough foreclosures to make a meaningful impact on the market, the bank says.

Supply for homes can't keep up with demand. At a point when the country badly needs more houses, housing starts fell 9.5% in April, and Goldman Sachs doesn't see the cavalry arriving soon.

A May 2 note from Goldman's Ronnie Walker found that new home sales and housing starts have reached their highest levels since 2006, and housing supply is at its lowest level since the 1970s. But as demand remains high, little is being done — and can be done — to fix the low supply. "The resulting picture is one of a persistent supply-demand imbalance in the years ahead," the note said.

The reasons why have to do with millennials aging into a homebuying time of life, the availability of construction materials and workers (or lack thereof), and even the foreclosures that may hit the housing market.

(1) Millennial homebuying will boost housing formation
Even before the pandemic started, Goldman said, millennials were buying homes and boosting housing demand, but with homeownership rates rising around age 30, the true "millennial boost" is still to come.

Insider's Hillary Hoffower reported in April that millennial homeownership is causing the US to run out of houses, with millennial demand intensifying the starter-home shortage that existed even before the pandemic due to factors including rising construction costs, restrictive zoning rules, and real-estate investors snapping up starter homes in hopes of making a profit.

But, as Hoffower reported, this housing shortage is screwing over millennials who already faced a historic housing shortage as they entered the workforce. Now that they can finally take advantage of low mortgage rates, there aren't enough houses for them to buy.

(2) Homebuilding will be limited to 1.5 million starts per year
A lack of construction workers and lack of available plots to build on also contributed to the housing shortage and won't improve in the near term, Goldman said.

Rising land costs and the struggle to find workers will likely limit the pace of annual homebuilding to around 1.5 million in the coming years, the bank projected.

An insider previously reported that building-material shortages, particularly lumber, are causing homebuilders to intentionally raise home prices to slow demand of houses, another factor behind the housing shortage.

(3) Foreclosures won't have a meaningful impact on supply
Pandemic-related forbearance provisions later this year should put some additional homes on the market, Goldman said, but not enough to have a big impact on housing supply.

Of the roughly 45 million mortgages in the US, 4.5% are currently in forbearance, but the majority of those aren't likely to enter foreclosure, Goldman said, "because the substantial improvement in the labor market we expect in coming months should increase households' ability to resume mortgage payments."