11 Architectural Wonders You Have to See In Person 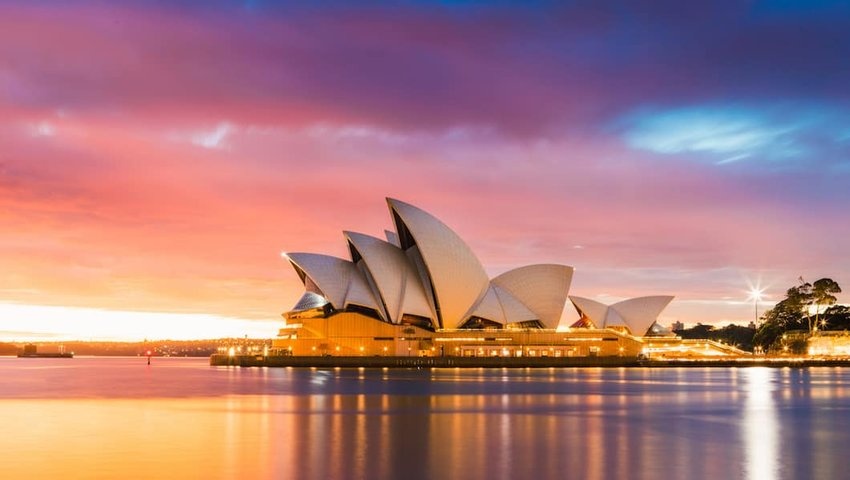 Humans have always striven to build monuments and symbols to honor the earthly and spiritual influences in their lives. Art and building design go hand-in-hand and through the ages, world civilizations have designed some pretty awe-inspiring structures. From the Great Pyramids of Egypt to the majestic skyscrapers of our modern cities, let’s travel through time and across the planet as we explore 25 jaw-dropping architectural wonders.

Near the small town of Lalibela are 11 magnificent medieval churches — all carved out of massive slabs of rock. The churches were built in the 12th century under the direction of King Lalibela. The most fascinating of the ancient churches is the House of Saint George, or Biete Ghiorgis, famed for its cross-shaped design and network of trenches and ceremonial passages which connect it to the other churches.

The Bird’s Nest got its nickname from its elaborate lattice steel design. Beijing’s iconic National Stadium is made of 42,000 tons of metal enclosing one of the world’s largest indoor spaces. The stadium is best remembered for its memorable opening and closing ceremonies during the 2008 Summer Olympic Games.

3. The Great Wall of China
Credit:zorazhuang/iStock

At 13,170 miles, the Great Wall is the longest man-made structure ever built. It was constructed between 220 and 206 B.C. by Emperor Qin Shi Huang in order to defend his territory from attack. The Chinese call the wall cháng chéng which means “long city” and only a few sections of the original wall remain standing today.

The Pont du Gard Roman aqueduct bridge spans nearly 1,000 feet and stands than 150 feet above the Gard River. It is actually a working aqueduct that was built by the Romans in the 1st century A.D. and still supplies the region with 44 million gallons of water each day. The engineering design of this bridge is a marvel because each stone was precisely hand laid, built without mortar and has a gradient of less than 1 inch per 500 yards

Burj Khalifa in Dubai takes home the title as the world’s tallest building at 2,723 feet tall and 160 stories. Inspiration for the design was drawn from the Hymenocallis, or Spider Lily, with three sections of the tower arranged around the central core. When viewed from the top, the onion shape is reminiscent of designs used in Islamic architecture — on a much larger scale.

This architectural wonder was the brainchild of American architect Frank Gehry. The Guggenheim Museum Bilbao is a mind-blowing chrome and metal creation that houses an impressive collection of modern and contemporary art masterpieces and is a continuation of the Guggenheim legacy.

The Sheikh Zayed Grand Mosque is so large it can hold up to 40,000 worshipers. The mosque is also unique in that it captures the unique collaboration between Islam and other world cultures. As you walk through this modern marvel of architecture, you can’t help but be awed by the remarkable onion-top domes, reflective pools and the breathtaking sunlit prayer hall.

La Sagrada Família is a giant basilica in Barcelona that has been under construction since the late 1800s and is not expected to be complete for many years to come. This amazing cathedral was designed to mimic nature, with the interior featuring tree-like columns, and was built without any straight lines.

The nearly 2000-year-old Colosseum is still the world’s largest amphitheater and Rome’s most-visited attraction. With 80 entrances, the Colosseum can seat 50,000 people. Its dark and sad past is a reminder of countless victims who died in the gladiator battles that took place here for nearly 400 years.

Oddly, Ludwig II of Bavaria was the first and only resident of the famous Neuschwanstein Castle. This highly-photographed castle was also the inspiration for Walt Disney’s celebrated Sleeping Beauty Castle that has since been immortalized in the company's logo.

Beijing’s National Centre for the Performing Arts is affectionately known as “the giant egg” due to the center's cylindrical structure reflecting in the surrounding water. To get an up close and personal look at this architectural wonder, take in a show or the opera while you are in Beijing.